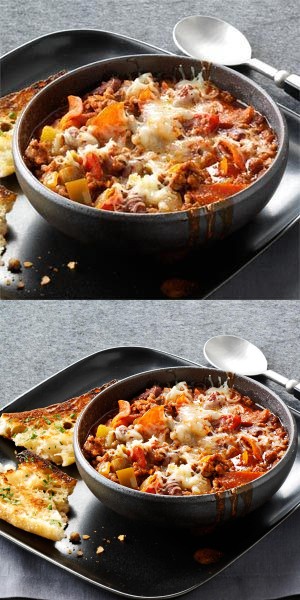 Pizza and chili together—what could be better? Fill folks up at halftime when you set out bowls of this chili. —Jennifer Gelormino, Pittsburgh, Pennsylvania

I made this for the chili cook-off at work and it won first place! I bought an 8 oz. hunk of pepperoni from the deli and diced it up. Much preferred the texture of cubed pepperoni in place of slices. I did not find this chili to be overly greasy at all and did not precook the pepperoni or drain the sausage. I think the bit of grease in the pan is a big part of the flavor as everything cooks together. Made it on a Sunday and stuck it in the fridge for two days to let the flavors meld. I heated it back up in a crock pot on high for 3 hours. I added generous amounts of black pepper for extra flavor and spice. Topped it with mozzarella. Definitely a winner!

This was easy and delicious. I left out the salt and was still very good.

Delicious chili recipe. I used mild Italian sausage instead of hot. My wife and daughter (who arent big on spice) still found it quite spicy.

Even my husband who usually doesnt care for chili loves this recipe! You cant beat pepperoni pizza flavor in a thick, hearty soup in the wintertime! The only change I make is to use my homemade pizza sauce ingredients instead of the pizza sauce called for. Delicious!

I made this chili for a contest and won 3rd place. I did make a few changes based on the reviews. I had doubled the recipe but didnt double the ground beef and it was still a meaty chili. I found mini pepperoni slices which didnt require cutting and I heated them up in a paper towel lined pie plate and blotted off the excess grease. I also cooked it in a crock pot and added a layer of mozzarella cheese on top to melt and become ooey gooey cheesy goodness. Very good chili I will definitely make again.

I cooked the 3lbs of meat, but only used about 1/2 of it. And I still added another can of spaghetti sauce because it was nice, but *very* meaty! Everyone put pepperoni and cheese on top of their own bowl and it was a hit!

It was good but I didnt like it as much as I thought I would. I felt it could have used more flavor.

Very tasty. I only used the chili beans as my husband prefers less beans. I used pepperoni slices, but I think I will try buying a chunk and cutting it into pieces next time. It would mix better into the chili.

Im eating this now and really loving it. I used mild chili beans instead of hot and Spicy Italian sausages (casings removed) instead of bulk sausage...this is what I had on hand and Im sure it doesnt make a difference. I think this was the perfect amount of heat for me! And I think you could really play around with this with other pizza toppings if wanted. Great job!

The first person this recipe

Pizza and chili together—what could be better? Fill folks up at halftime when you set out bowls of this chili. —Jennifer Gelormino, Pittsburgh, Pennsylvania 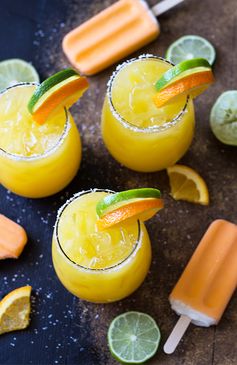 Save to My recipes